Patient enrollment on track to commence in Q2 2021

GAINESVILLE, Fla.--(BUSINESS WIRE)-- Cyclo Therapeutics, Inc. (Nasdaq: CYTH) (“Cyclo Therapeutics” or the “Company”), a clinical stage biotechnology company dedicated to developing life-changing medicines through science and innovation for patients and families suffering from diseases, today announced that it has posted its protocol on www.ClinicalTrials.gov and is preparing to commence its pivotal Phase 3 study evaluating Trappsol® Cyclo™, a proprietary formulation of hydroxypropyl beta cyclodextrin, used intravenously, in the treatment of Niemann-Pick Disease type C1 (NPC1). Both the FDA and EMA are in agreement with the Company’s pivotal Phase 3 protocol and have given clearance to proceed with the study.

NPC is a rare genetic disease affecting 1 in 100,000 live births globally. NPC affects every cell in the body due to a defect in the NPC1 protein which is responsible for cholesterol processing in the cell. As cholesterol accumulates in cells, NPC causes symptoms in the brain, liver, spleen, lung and other organs and often leads to premature death. There are currently no approved drug therapies for NPC in the United States and only one approved therapy in Europe.

“Over the recent months, we have worked diligently with both FDA and EMA to ensure our pivotal Phase 3 study has the potential for the best outcome possible with the criteria and endpoints necessary to achieve success. We are excited to share this study information with NPC patients, families and physicians as we work toward enrollment,” said N. Scott Fine, Chief Executive Officer of Cyclo Therapeutics.

“Equipped with promising clinical data that Trappsol® Cyclo™ may be a safe and effective treatment for both systemic and neurologic manifestations of NPC, we are optimistic moving into this final phase of development, and are excited to be a step closer to bringing an approved treatment to people living with this devastating disease,” added Sharon H. Hrynkow, PhD, Chief Scientific Officer, Senior Vice President for Medical Affairs of the Company.

The pivotal Phase 3 study will be a randomized, double-blind, placebo-controlled, parallel group, multicenter study designed to evaluate the safety, tolerability, and efficacy of 2000 mg/kg of Trappsol® Cyclo™ administered intravenously and standard of care (SOC) compared to placebo administered intravenously and SOC in patients with NPC1. The Phase 3 study intends to enroll at least 93 pediatric (age 3 years and older) and adult patients with NPC1 in at least 23 study centers in 9 countries. Eligible patients will be randomized 2:1 to receive investigational drug or placebo. Randomization will not be constrained based on patient age, nor will patient enrollment be gated by patient age. The study duration is 96 weeks and includes an interim analysis at 48 weeks.

Cyclo Therapeutics, Inc. is a clinical-stage biotechnology company dedicated to developing life-changing medicines through science and innovation for patients and families suffering from disease. The Company’s Trappsol® Cyclo™, an orphan drug designated product in the United States and Europe, is the subject of three ongoing formal clinical trials for Niemann-Pick Disease Type C, a rare and fatal genetic disease, (www.ClinicalTrials.gov NCT02939547, NCT02912793 and NCT03893071). The company is planning an early phase clinical trial using Trappsol® Cyclo™ intravenously in Alzheimer’s Disease based on encouraging data from an Expanded Access program for late-onset Alzheimer’s Disease (NCT03624842). Additional indications for the active ingredient in Trappsol® Cyclo™ are in development. For additional information, visit the Company’s website: www.cyclotherapeutics.com.

This press release contains “forward-looking statements” about the company’s current expectations about future results, performance, prospects and opportunities, including, without limitation, statements regarding the satisfaction of closing conditions relating to the offering and the anticipated use of proceeds from the offering. Statements that are not historical facts, such as “anticipates,” “believes” and “expects” or similar expressions, are forward-looking statements. These statements are subject to a number of risks, uncertainties and other factors that could cause actual results in future periods to differ materially from what is expressed in, or implied by, these statements. The factors which may influence the company’s future performance include the company’s ability to obtain additional capital to expand operations as planned, success in achieving regulatory approval for clinical protocols, enrollment of adequate numbers of patients in clinical trials, unforeseen difficulties in showing efficacy of the company’s biopharmaceutical products, success in attracting additional customers and profitable contracts, and regulatory risks associated with producing pharmaceutical grade and food products. These and other risk factors are described from time to time in the company’s filings with the Securities and Exchange Commission, including, but not limited to, the company’s reports on Forms 10-K and 10-Q. Unless required by law, the company assumes no obligation to update or revise any forward-looking statements as a result of new information or future events. 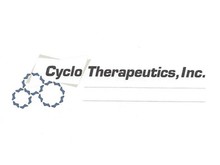 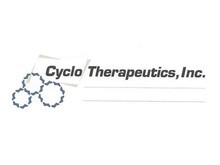